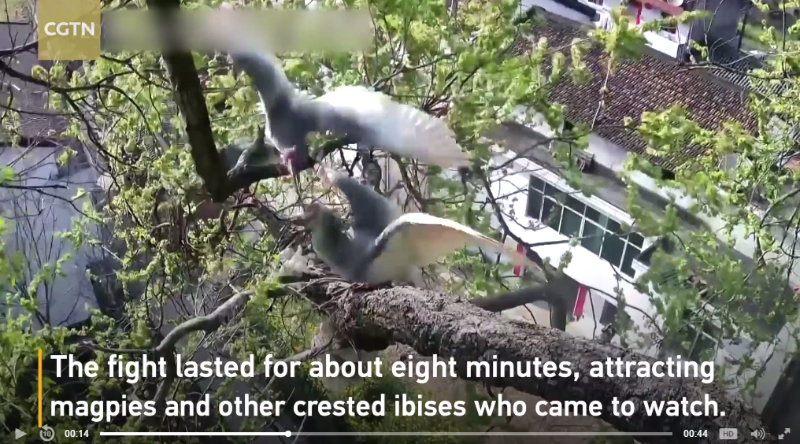 Two pairs of wild crested ibis were found to launch a fierce fight over a nest on an elm tree in northwest China's Shaanxi Province.

Locals say the nest had been owned for years by one of the pairs, but this year, a new pair came and occupied it. As the breeding season approached, the former owners came back on March 23, igniting a fierce battle.

The whole fight lasted for about eight minutes, attracting magpies and other crested ibises to watch. In the end, the former owners retook their control of the nest.

Zhang Yueming, a senior engineer with Hanzhong Crested Ibis National Nature Reserve, said that although it's common for birds to fight for nests, this is the first time he has witnessed a battle between crested ibises in his 30 years of working.

The population of the endangered bird species, once believed to be extinct in China, has been growing in recent years thanks to decades of conservation efforts. Currently, over 3,000 crested ibises live in Shaanxi. Their habitat stretches around 14,000 square kilometers.